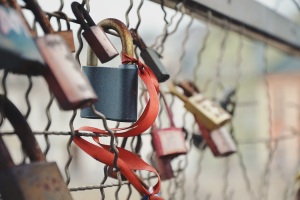 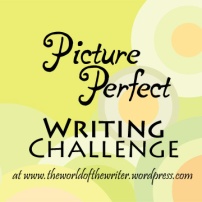 Hey everyone! Today I’m doing a writing contest over at C.B.’s, https://theworldofthewriter.wordpress.com/2015/06/01/june-contest-picture-perfect-writing-challenge/ and I’m doing picture #3.

Sorry the pic. isn’t in there a whole bunch. I hope you guys enjoy!

Alex took a deep breath as she glanced out the window into the night. Tonight was the third week since her parents had died… No. She wouldn’t think of that, she had to think of the task ahead of her.

Alex pulled her hair into a shoulder length ponytail. She glanced down at her clothes; a black t-shirt, black jeans, and black hi tops. It would be her first time out doing her job since her parents died.

Alex walked out from her family’s small apartment. She quickly made her way down the apartment building’s three flights of stairs to the lobby. She would have to be careful not to get caught. Being fifteen, her curfew was ten, and now it was nearly midnight.

Once in the lobby Alex stopped. It’s for a good cause. At least mom and dad always thought so. After taking another breath, Alex walked outside, holding herself as if she wasn’t breaking the international law.

As soon as she stepped outside, she was instantly drenched by the pouring rain which hadn’t been there when she was in her room. Wrapping her arms around herself, Alex walked across the street. She crouched behind a dumpster, out of sight from people.

She closed her eyes and thought of her heart pumping heat to her hands. When she opened her eyes in each palm sat a crackling ball of flames, undisturbed by the on pour. She lifted her left hand and thrust it towards her chest; the special material in her clothes causing them to not catch fire. She waited a moment before heat flooded her body.

After she was sufficiently warm, Alex got up, extinguished her fireballs, and casually walked down the streets. There was only one hour until no one was allowed to be on the streets, so she had to do this fast.

Squinting to read the shop signs, she kept moving until she came across the town’s bookshop. First, she tried the door, but it was locked. Alex was hoping to not have to break-in, but she was determined to do this. After she took a few moments to collect herself, Alex pressed her hands on the storefront window. Summoning heat from her core, her hands warmed up. After a few moments the glass melted. Moving her hands around the window she repeated the process until she had melted a hole big enough for her to easily get through.

She climbed into the small store, shaking the rain off herself. Instead of going straight to the cash register, Alex walked through a couple rows of bookshelves until she found the fantasy section. After she checked that her hands had cooled down some, she browsed through the books until she found what she was looking for. The book was a collection of fairy tales, her mother’s favorite book. Alex tucked the book under her shirt, then headed to the register.

Alex felt a twinge of guilt as she melted the lock on the register and took out two twenties and a fifty. Not much, but it would help on some of her debts. She pushed aside the twinge she always felt when she broke the law, and left the bookstore. Once outside she began walking towards her home.

“Alex?” a voice called. “What are you doing out past curfew?”

Alex turned around, squinting to see the boy who lived in the apartment next to her’s. “I should ask you the same thing.”

“Why don’t we talk back at my apartment?”

Apparently he hadn’t yet seen the bookstore window. “I’m sorry but what was your name? And why on earth would I go with you?”

He had her cornered. “Fine.”

Colin led the way back to the apartment building. Just outside of the building, a chain link fence stood, crossing off an alley that held the block’s only street lamp. The light glinted off the locks. Each lock symbolized all the people that died in the lab explosion that happened fourteen years ago, giving Alex her powers.

Shaking herself from her trance, Alex and Colin went inside the building and climbed up the stairs to the third floor where they both lived.

Colin took out a key chain from his pocket and inserted the only key into the door’s lock. Once inside, Colin took a seat on the small room’s only seating, a couch. “Sit.”

Alex cautiously took a seat as far from Colin as she could. “Where are your parents?”

“Dead. Same as yours. When the store was robbed my parents were hostages, and they were killed just as yours were. Kind of ironic. Your parents, well know thieves, were killed by a robber,” Colin said. He looked up at Alex’s eyes. “I’m sorry, that was real insensitive.”

Alex’s eyes moistened, but she refused to cry. “Why did you want to talk to me? And why were you out past curfew?”

“This may be hard for you to understand, but God told me you needed help. And when I saw you sneak out, He gave me a push.”

Alex let his words sink in. Her mother had always scolded Alex’s grandmother for her faith in God, but secretly Alex had liked the stories. Could such a God really be true?

“God loves you, no matter what you do. Do you want me to tell you more?” Colin asked.

Tears came to Alex’s eyes. Her parents had always wanted her to follow in their footsteps as being in the FBI’s top ten; Alex always was torn between doing what was right, and what her parents wanted her to do. Her grandmother had said the same thing as Colin did, God loved her. She thought of all the things her parents made her do. Could He love her?