Aaaah, I can breathe again! I’ve been gone (remember this funny little thing called an eclipse??) and I just got back a day or so ago. Lovely. Family time is always fun.

Anyways. I have a short story for you guys! I’m getting back into the groove of writing these, so I’m not overly proud of this one (and I may use this prompt again … I quite like it), but hey. I’m posting.

Speaking of which … I start school the 5th, which means MORE POSTING. Whoop! At least, I hope so. Then again, I’m a lazy, lovely, spontaneous person, so no promises. 😉

Now, to the prompt and story!! 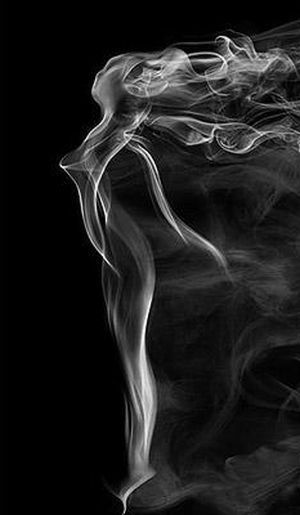 Edward crashed to the forest floor, most likely spraining one of his wrists as he tried to break his fall; his nose was ground into the decaying leaves.

He looked over his shoulder desperately, but was back onto his feet before he saw anything. His arms pumped as he stumbled through the forest.

He almost thought that he was safe – safe enough for a brief rest. He leaned up against a tree, his uninjured hand swiping at his brow. His breath came out fast and heavy.

The great, foul beast with an evil temper. The beautiful enchantress.

To be fair, Edward hadn’t known what he had done wrong, though that didn’t help him any in his case. And begging on hands and knees – something that the enchantress found disgusting – added nil.

Feeling that his free time had been spent, Edward began to run again. He heard no footfalls behind him – or in front, for that matter – but that didn’t mean a thing. Her footfalls were more silent than a cloud, and she was an enchantress, after all.

Tears threatened to come to Edwards eyes, but he was a proud man and refused to let them fall. No one escaped her. They either ended up dead or missing. Neither of those options had sounded good to him.

So he kept running.

Just as he felt that his legs would give out completely – though it wouldn’t make a difference if he stopped now or kept running – the atmosphere grew cold. He began to cough on some kind of … mist.

Panic swept through Edward. He stood still, not comprehending. There was no mist around him, and nothing out of usual. She was toying with him.

But then Edward turned around, to check his track behind him, and his blood ran even more cold. A nymph, naked as the day Edward was born, was right in his face. Her slender body made up of nothing more tangible than mist. Tendrils wafted from her and into his face.

She smiled at him, and Edward knew that he was a dead man. She leaned over and kissing him on the lips.

So, um, there you go! I hope that you like that! I’m pretty excited to actually get back to more semi-consistent posting (hey – I can’t make too big of promises!) and short-story writing again! Anyways, please comment below with a short story of YOUR own! I’d love to read it! Now – bye!!